IS LOVE an art? Then it requires knowledge and effort. Or is love a pleasant sensation, which to experience is a matter of chance, something one "falls into” if one is lucky? This little book is based on the former premise, while undoubtedly the majority of people today believe in the latter. Not that people think that love is not important. They are starved for it; they watch endless numbers of films about happy and unhappy love stories, they listen to hundreds of trashy songs about love — yet hardly anyone thinks that there is anything that needs to be learned about love.

This peculiar attitude is based on several premises which either singly or combined tend to uphold it. Most people see the problem of love primarily as that of being loved, rather than that of loving, of one's capacity to love. Hence the problem to them is how to be loved, how to be lovable. In pursuit of this aim they follow several paths. One, which is especially used by men, is to be successful, to be as powerful and rich as the social margin of one's position permits. Another, used especially by women, is to make oneself attractive, by cultivating one's body, dress, etc. Other ways of making oneself attractive, used both by men and women, are to develop pleasant manners, interesting conversation, to be helpful, modest, inoffensive. Many of the ways to make oneself lovable are the same as those used to make oneself successful, "to win friends and influence people." As a matter of fact, what most people in our culture mean by being lovable is essentially a mixture between being popular and having sex appeal.

A second premise behind the attitude that there is nothing to be learned about love is the assumption that the problem of love is the problem of an object, not the problem of a faculty. People think that to love is simple, but that to find the right object to love — or to be loved by — is difficult. This attitude has several reasons rooted in the development of modern society. One reason is the great change which occurred in the twentieth century with respect to the choice of a "love object."

In the Victorian age, as in many traditional cultures, love was mostly not a spontaneous personal experience which then might lead to marriage. On the contrary, marriage was contracted by convention — either by the respective families, or by a marriage broker, or without the help of such intermediaries; it was concluded on the basis of social considerations, and love was supposed to develop once the marriage had been concluded.

In the last few generations the concept of romantic love has become almost universal in the Western world. In the United States, while considerations of a conventional nature are not entirely absent, to a vast extent people are in search of "romantic love," of the personal experience of love which then should lead to marriage. This new concept of freedom in love must have greatly enhanced the importance of the object as against the importance of the function. 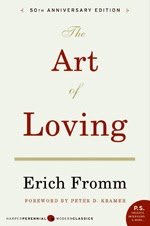 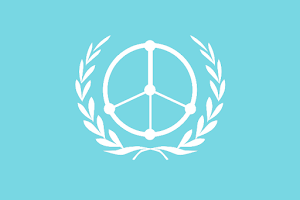